On 23rd May 1533 Archbishop Thomas Cranmer declared that the marriage between King Henry VIII and Katherine of Aragon was annulled and they were never lawfully married. With convocation already ruling on the matter in March and the King already married to Anne Boleyn it feels that this was just a formality in proceedings.

Archbishop Cranmer issued the following statement after his trial into the annulment at Dunstable Priory, Bedfordshire;

“Notification of the sentence of divorce between Hen. VIII and Katherine of Arragon pronounced by archbishop Cranmer. Dated in the monastery of Dunstable, 23 May 1533. Present, Gervase prior of the said monastery, Simon Haynes, S.T.P., John Newman, M.A., and others.

The matrimony between the King and the lady Katherine being dissolved by sufficient authority, all pactions made for the same marriage are also dissolved and of none effect. That is, the jointure shall return again to the King’s use, and the money paid to him by her friends shall be repaid to her. The matrimony being dissolved, the lady Katherine shall return to the commodity and profits of the first matrimony, and the pactions of the same, made with prince Arthur, and shall enjoy the jointure assigned to her thereby, notwithstandingany quittance or renunciation made in the second pact. For as these renunciations were agreed unto for a sure trust and hope to enjoy the commodities and pactions of the second marriage, which now she cannot enjoy, unless without fault she should be deprived of both, equity and right restore her to the first. This, we think, by our poor learning, to be according both to canon and civil law, unless there are any other treaties and pactions which we have not seen.

For the more clear declaration hereof, we think that when a matrimony is dissolved, if there is no paction of a further bond, then by law the money paid by the woman or her friends shall be restored to her, and the jointure return to the man and his heirs. In this case there is an especial pact that she shall enjoy her jointure durante vita, so that the said jointure is due to her by the pact, and the money paid by her and her friends by the law.” 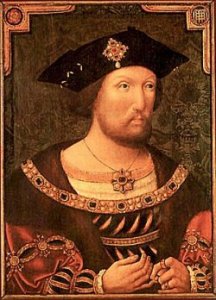