John Jewel was born in Buden, Devon and was educated originally by his uncle John Bellamy, rector of Hampton along with other private tutors until he matriculated at Merton College, Oxford in July 1535 where he was taught by John Pankhurst.

On 19th August 1539 Jewel was elected scholar of Corpus Christi College, Oxford where he graduated with a BA in 1540 and an MA in 1545 and was elected fellow of the college in 1542. After 1547 Jewel became of the chief disciples of Pietro Martire Vermigli, also known as Peter Martyr in England.

In 1552 Jewel graduated BD and was made vicar of Sunningwell as well as public orator of the university during which time he was required to write a congratulatory message to Queen Mary I upon her accession to the throne.

Despite signing a series of Catholic articles he was still suspecting of supporting Protestantism and he fled first to London before reaching Frankfurt in March 1555. He soon joined Martire Vermigli at Strasbourg before accompanying him to Zurich and Padua.

With the accession of Queen Elizabeth I Jewel returned to England and began to secure a Low Church settlement and made it known that he was committed to Elizabeth’s reforms. Jewel was selected as one of nine Protestant disputants that were called upon to attend the Westminster Conference in 1559 where they would face nine Catholic representatives where they would dispute three articles that would help shape the future of Elizabethan England.

Jewel was also a select preacher at St. Paul’s Cross on 15th June and in the on 27th July his congé d’élire as Bishop of Salisbury had been made out although he was not consecrated until 21st January 1560.

Whilst preaching at St. Paul’s Cross on 26th November 1559 Jewel issued a challenge for anyone to prove the Catholics case out of the Scriptures or the councils or Fathers for the first 600 years after Christ. He issued the challenge again in 1560 when Dr Henry Cole took on the challenge. The outcome of this challenge was Jewel’s ‘Apologia ecclesiae Anglicanae’ published in 1562. According to Bishop Creighton, Jewel’s work was the first methodical statement of the position of the Church of England against the Church of Rome.

Jewel’s work received criticism from Thomas Harding, an Oxford contemporary and Catholic that entered a battle of words and thoughts with Jewel. Harding and Jewel would debate over the Anglo-Roman controversy; Jewel’s theology was eventually enjoined upon the Church of England by Archbishop Bancroft during the reign of King James I.

Jewel was consulted by the government on questions such as the English attitude towards the Council of Trent, a highly important ecumenical council of the Catholic Church.

Jewel was giving a sermon at Lacock, Wiltshire when he collapsed, he was taken to Monkton Farleigh, a manor house built on the site of a Cluniac priory, where he died on 23rd September 1571. He was buried in Salisbury Catherdral. 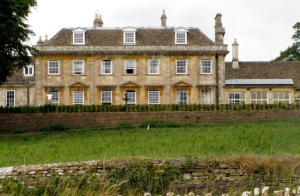