King Philip II of Spain, once King of England through his marriage to Queen Mary I, authorised a fleet of 130 Spanish ships to set sail for England in the hope of invading and capturing the country, now ruled by Queen Elizabeth I and returning it back to the Catholic ways. 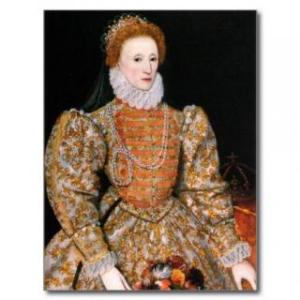 On 28th May 1588 the Spanish Armada set said from Lisbon and began its journey towards the English Channel, aboard its 130 shops were 8000 sailors, 18000 soldiers and they also carried 1500 brass guns and 1000 iron guns. The sheer size of the Armada meant that it took nearly two days for everyone to leave Lisbon port. The Armada was led by the Duke of Medina Sidonia, a courtier who had little experience at sea. As they headed towards England they would be   delayed by bad weather and would lose five ships.

As the Spanish headed towards England the English navy were docked in Plymouth awaiting further news of the Spanish and their movement. The English navy consisted of 200 ships and therefore slightly outnumbered the Spanish. The English also had advanced weaponry aboard their ships. Lord Howard of Effingham led the English but like the Duke of Medina Sidonia had little experience, this fell to his second in command, Sir Francis Drake.

On 19th July the Spanish were spotted for the first time off the coast of Cornwall near to The Lizard, the news was quickly conveyed back to London through the use of beacons that were lit up across the south coast. The tide was against the English and so they were trapped in port unable to leave and intercept the oncoming Armada. The Spanish contemplated whether to sail into Plymouth Harbour and attack England but Medina Sidonia was adamant to stick to the plan Philip had prepared and they sailed past heading towards the Isle of Wight.

The tide eventually turned and the English set off in pursuit of the Spanish. On the 20th July the English had reached Eddystone Rocks with the Armada slightly further ahead of them but the English had caught up by the 21st using knowledge of the waters and weather to their advantage and the two fleets engaged in their first battle. As night fell and hours of fighting passed neither side had lost any ships however, as the light failed two Spanish ships, the Rosario and the San Salvador collided and were abandoned. Sir Francis Drake in his ship, the Revenge was given the order to guide the fleet by carrying a lantern through the night. However, for Drake the opportunity to turn back and loot the two abandoned ships were too great and Drake ordered his ship was turned around. Upon boarding the Rosario Drake was able to take much needed ammunition and treasure but he was also able to gain intelligence that the English could then use against the Spanish. Drake’s abandonment of his duty meant that with no light to guide them the English navy became scattered and took a full day to regroup and once again catch up to the Spanish.

The Spanish continued heading towards the Isle of Wight in order to make a base in the Solent whilst they awaited news from the Duke of Parma, who had been waiting in the Low Countries until his army could cross the Channel and join the Spanish in an invasion of London. The Spanish waited here for a few days and in that time lost two more ships.

On the 26th July 1588 4000 men assembled at Tilbury Fort on the Thames estuary in an attempt to prepare in case the Spanish made it to land. They would guard the eastern approach towards London and the Queen. Whilst troops were gathering at Tilbury Robert Dudley, Earl of Leicester and Lieutenant and Captain General of the Queen’s Armies and Companies also created a blockade of boats across the Thames therefore blocking the way for the Spanish to travel up the Thames to reach London.

Meanwhile, the Spanish on the 26th July had managed to leave the Solent and reached Calais and anchored whilst a messenger was sent to the Duke of Parma who was further up the coast line calling him into action.

Both countries were preparing for the next stage of the battle.